Top Ten Tuesday: Top Ten Books That Were Hard for You to Read

Top Ten Tuesday is a book meme hosted by The Broke and Bookish. This week’s topic: Top Ten Books That Were Hard for You to Read. I decided to poll some of our English majors and students in my British Literature survey class to find out what books they’ve found hard to read. Surprise: Twilight made the list–twice!

Since I’m a not a conventional, or very good, English major, I would count most of the traditional assigned canon as difficult books to read, but the books I’ve had the hardest time finishing are novels that include incorrect details about things or places I have experience with.
Jim Harrison’s book The English Major took a road trip through north central Nebraska where I live and got details wrong about places and used language that didn’t ring true about ranching and farm equipment. I finished the book because I love Jim Harrison’s work but threw the book down in disgust more than once.
The late Stephen J Connell, the television producer, wrote a series of detective stories that weren’t great works of literature but were fun to read. Until one including a lengthy chase scene through a dairy farm that was so unbelievable that I didn’t finish that book or read another. I can live with unrealistic car chases and shoot outs or ridiculous sex scene language, but anatomically impossible cows standing placidly in the pasture while three guys belly crawl under them and then shoot at the bad guys was a book-thrower.

Tristen has some strong words about Twilight:

The hardest book I ever read was Stephanie Meyers’s Twilight. Everyone else was reading it saying it had a strong female character and I didn’t want to be that guy who wouldn’t read it just because it was cool. Turns out it was 300 pages of a girl whining because she couldn’t date a vampire. I got through it, and now I feel justified in saying that it’s terrible.

Twilight was Amanda‘s hardest book too:

Oh my goodness, I felt like my brain was dying with every word and each scene made me splutter in female outrage.  I wanted to punch the people who had recommended that trash to me really hard in the throat.  This book encourages young women to not only enter into risky relationships, but that their existence is only validated when they have multiple guys chasing after them.  Granted this is not a new literary concept, but the least she could have done was write it with more style than a melodramatic seventh grader!  I swallowed my pride and hazarded reading the next two sequels in the hopes that it would improve.  Needless to say, IT DID NOT!!!  I absolutely refuse to pick up the final installment in her incredibly awful series, and I can say with certainty that I am neither Team Edward nor Team Jacob.  Frankly, I’m team I Don’t Understand Why This Was Ever a Bestseller.

The hardest book I think I’ve read is Dune by Frank Herbert. What made Dune so difficult was the number of new terms and phrases that the author did not define until later in the book. It was like reading a book with two different languages and not being able to read one of them. 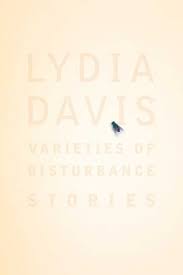 Holly selects a book that I assigned in Contemporary Literature last year (Sorry, Holly, and I’m kind of right there with you on this one!):

The first thing that popped into my mind was Lydia Davis’s short story collection Varieties of Disturbances. I get frustrated just thinking about it. The writing isn’t poor, but the content is. It’s dry, it’s pretentious, and overall I didn’t see the point. I’ve never been more relieved to put a book down after I finished reading (most of) it.

Describing a book as “hard” is pretty multi-faceted, but the hardest one I’ve had to read to date has probably been Great Expectations. The thing is so draconian in length that keeping track of all of the characters and their changes, the thematic material, and even the plot can become a chore after awhile. But, that’s just me!

I have a great play! It’s about two people, Vladimir and Estragon, who wait for a man named Godot, who (spoiler!) never shows up. Tragicomedy in two acts!? I don’t know what was so funny about wasting my time, but it sure was tragic! 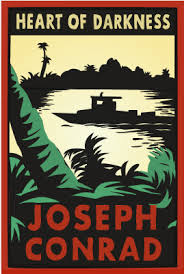 Analise has bad memories of studying Heart of Darkness in school:

The story didn’t appeal to me, but we were forced to read and analyze the story. It was a terrible book that had me wanting to chuck it out the window. 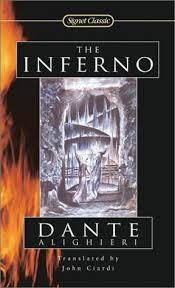 Clint had to read the Divine Comedy in school! That’s one ambitious classroom!

The hardest book that I’ve ever read was The Divine Comedy because it was originally written in Italian and later translated to English, and when something old like that is translated into English it tends to be hard to read.

Maggie chooses Civilization and Its Discontents:

I had a lot of trouble tracking what Freud was trying to say. It became too lofty at times for me to understand as easily as I normally do. Freud also has a really challenging writing style that is hard for me to get into.

Kelsey struggled with Around the World in Eighty Days:

The hardest book I’ve ever read was Around The World in Eighty Days, recommended to me by my younger brother. I didn’t find the characters or plotline relatable but I still finished the book just to say I finished it. Although the end of the book was significantly better than the beginning, I finished the book widely disappointed.

What book has been the hardest for you to read?
Advertisement

I am a professor in the department of English and Humanities at Chadron State College, Chadron, Nebraska. View all posts by mevertson

One thought on “Top Ten Tuesday: Top Ten Books That Were Hard for You to Read”